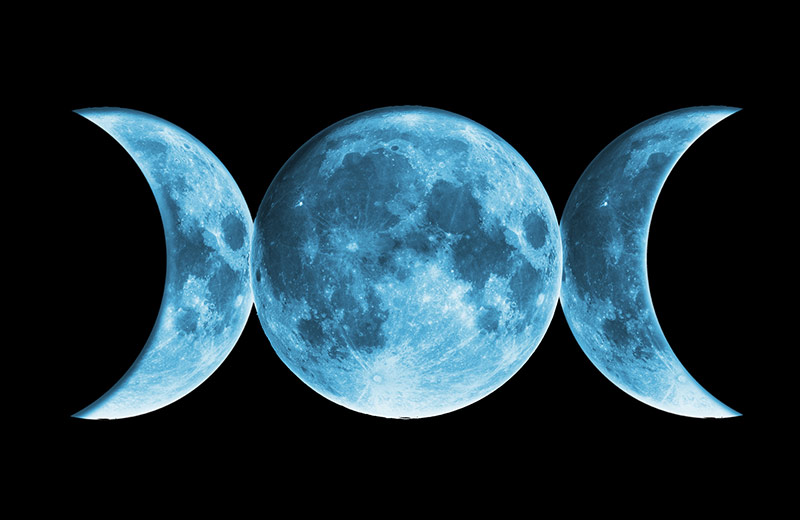 When one speaks of witches and the Wiccan religion, it conjures up images that are reminiscent of Halloween caricatures. In their most innocent form, witches are robed, elderly women, with crooked noses and pointed hats, bent over bubbling cauldrons. More sinisterly, witches are viewed as malevolent beings, operating in secret to cover up acts as evil as animal sacrifice and devil worshipping.

Stories have been invented for centuries about witches, and since childhood, we’ve been taught to fear them. But what exactly is a true witch? What does a witch do? Should we believe the fairy tales? Is a witch simply practicing “witchcraft” or something more?

What Is a Witch?

The term “witch” is used to refer to anybody who follows the philosophy of the Wiccan religion. Witches can be anyone, anywhere, from any walk of life. No two witches practice Wicca in the same way. The faith welcomes diversity in its practice. There is no special initiation for a witch and no required dress or custom. Anyone can be a witch at any time.

What Does a Wiccan Believe?

While Wicca, as we understand it today, was developed in the early 20th century by Gerald Gardner, its traditions and beliefs are deeply rooted in ancient pagan religions. This effectively makes Wicca one of the oldest faith systems in the world.

The Wiccan religion can be described as nature-based because followers of the faith believe the Earth and all the life within it are to be highly valued. While Wiccans have few beliefs that they are required to follow, they do see nature, equality, and goodness as core tenants of their faith. They believe strongly in the mantra, “harm none”.

Most witches believe in dual divinities recognized as the God and Goddess. To contrast, many western religions such as Judaism and Christianity only recognize one God in the male form. The Wiccan faith understands that there are both masculine and feminine forces within nature that work in tandem to influence the universe. Some Wiccans recognize additional divine beings (many honoured in ancient religions throughout history), depending on their personal beliefs.

Who Is Not a Wiccan?

Despite witchcraft being associated with the supernatural for centuries, those following the Wiccan religion do not worship the Christian devil or any malevolent being like him. In fact, most Wiccans do not recognize the divine authority of any biblical figures, and therefore have no concept of the Christian devil within their faith.

Wiccans also do not use “dark magic”. Dark magic is the use of the supernatural to influence the world or others for selfish or evil purposes. While some unconventional belief systems do rely on dark magic, Wicca is not one of them.

In fact, Wiccans believe that the spells they cast will have a threefold effect on them in the future. This is an idea similar to the Hindu belief of Karma. Wiccans call this the “Three-fold Law”, or “Law of Return.” Put simply, it is the idea that if a witch casts a spell with good intention and kind heart, then good will be returned to her times three. However, if a witch casts a spell with an evil heart or bad intention, harm will return to her times three as well. As you can see, a Wiccan would have no incentive to work with dark magic.

What Do Wiccans Do?

Just as the beliefs of Wiccans are highly diverse, so are their practices. Some Wiccans do nothing more than live their lives according to their personal interpretation of Wicca. However, you will find that most Wiccans practice magic. This is not the type of magic that you see in movies. Magic in this sense is the idea that we can use the energy of nature around us to influence our world. After all, science has proven that energy is in fact, all around us.

Just as Christians rely upon many tools in their spiritual work including prayers, rosaries, or blessings, Wiccans utilise many tools in their practice as well. The most common Wiccan tools of magic are herbs, candles, crystals, wands, athames, and altars. These items are typically made from nature and can vary depending on the type of spell a Wiccan wishes to perform. Those following the Wiccan Religion may also utilise ancient spiritual ideas, like the Eastern Indian belief of Chakras, which help influence the energy within or around them.

Wiccans often perform their spells in a sacred space, just like members of other faith systems focus their worship in a similar place. The Wiccan sacred space is called “The Circle.” This is simply a circle that is drawn around the practitioner, often from nature-based items, like sticks. Candles can be placed outside the circle to acknowledge the elements of Earth, Air, Water, and Fire, to emphasize the role of nature in spell work.

Wiccans may follow the spells of friends or witches who came before them, or they may use spells passed within covens – groups of witches practicing together. However, many solitary witches develop their own spell books. A Wiccan may also create their own “Book of Shadows,” which documents the believer’s individual spiritual journey.

As You Can See…

Wicca is a highly misunderstood, yet deeply honourable belief system to be a part of. The Wiccan religion allows you to be who you are while giving you the power to reach your spiritual goals. People come from all walks of life to participate in an existence that ties us deeply to our oldest ancestors.

Society has damaged the idea of what it means to be a witch. Witches do not match what you see in story books, nor are they deranged individuals who act out our worst nightmares. As you can see, being a witch is something more.