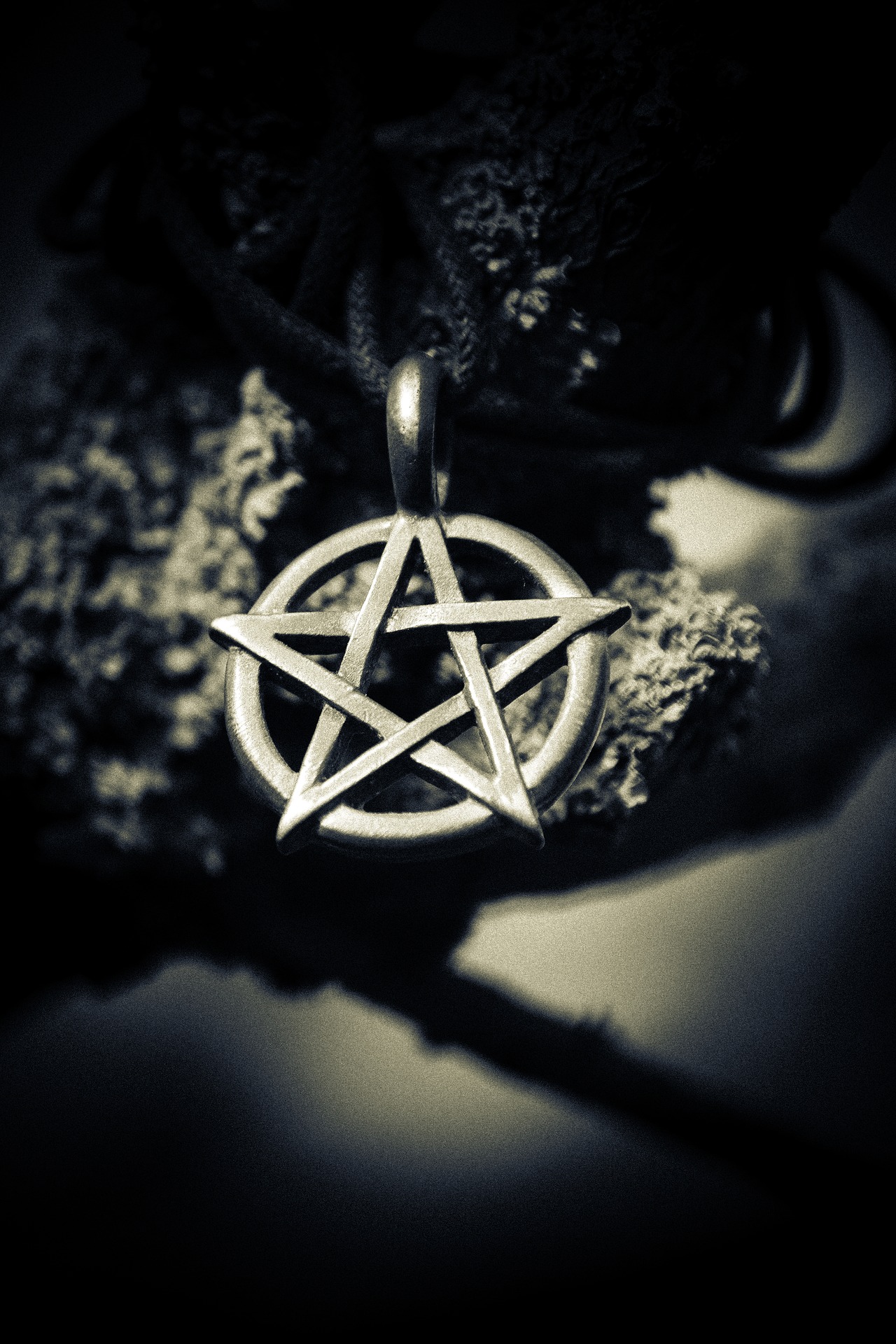 I have been receiving many questions through our Instagram account on how to be a Wiccan, Witch or Pagan. There’s no simple “start here” form of, but I hope this great article from Lavender Moon can help all new witches.

1. you don’t need someone else to make you a witch

How do you become a witch? The simple answer is really that you decide to become a witch and bam! There you are. Although some covens or paths of witchcraft or Wicca might require formal initiation or have specific rules about who can or can’t join, in general anyone can be a Wiccan or a witch. There’s a tradition of studying for a year and a day before dedicating yourself to the Craft, but it’s really not necessary. I initially decided I would do this, but found myself identifying as a witch long before the year and the day were over. Still, once the time was up, I just did a little self-dedication ritual more for myself than anything else and that was it! No one else’s approval required.

Usually, I would say “read ALL the things!” but unfortunately there’s a lot of cultural appropriation and just plain misinformation out there about witchcraft, Wicca, and their history. I do think there can be a lot of good things in a problematic text, but when you’re first starting out it can be hard to tell what’s truth and what’s not. One of the best resources I’ve found is Drawing Down the Moon* by Margot Adler. Adler was Wiccan herself, and she manages to debunk some of the main myths about Wicca and witchcraft without putting down the craft itself. It’s also a fascinating look at the way witchcraft and Wicca have been practiced in the United States over the years. It was written a while ago so it’s a bit dated, but not OUTdated, if you know what I mean.

Another great intro to witchcraft is The Inner Temple of Witchcraft* by Chris Penczak. My memory of reading this is that he does cross into some iffy cultural territory and sort of perpetuates some witch myths, but overall I thought his approach was a great way for someone to learn the basics of witchcraft, especially if they’re kind of skeptical (like I tend to be!)

Also, take all the books with a grain of salt. If one talks about a practice you don’t like, need or feel comfortable with, leave it. Not every witch astral travels or does blood magick, and not all witches think curses are bad. It’s okay to make your own rules.

There’s so much information out there and it’s seriously overwhelming to start with, but you don’t need to be a big bad experienced witch in order to work an effective spell. Start small with materials you already have on hand, or learn the meaning of one new herb at a time and use that. Some of the most effective spells and rituals I’ve done have just been me, a candle, and the moon. Don’t let a lack of experience or things stop you from working your magic(k).

I don’t necessarily mean finding a coven – in fact, I would suggest not looking for a coven until you’ve been practicing long enough to be sure of your path. I thought at first that I would LOVE to be in a coven, but now I realize that while it would be nice to have an IRL community to chat with, I do my best practicing on my own. Also, you run the risk of pledging yourself to a coven dedicated to a certain deity only to find out later on that you don’t want to work with that deity after all. Awkward.

But I do think it’s important to have other witches you can learn from and ask questions of while you’re learning. I haven’t found any good forums (if you know of one, PLEASE tell me) but Tumblr has proved to be an amazing resource for all things witchery. Browse the “witchcraft” and “witches of Tumblr” tags for blogs to follow. Most people I’ve met there have been super nice! (I’m a-lavender-moon if you’d like to follow!)

I know that Tumblr and Instagram make it seem like you need a huge crystal collection and an entire pantry full of herbs, but really, REALLY all you need to do magick is yourself. That’s it. You don’t need anything else but you and your intentions. It’s fun to collect witchy bits and bobs and I’m the last person to talk about minimalism because I buy everything, but you don’t need those things. You can make spell jars from recycled bottles or decorate your altar with rocks from your garden. Don’t give in to the pressure to LOOK witchy. It’s more important that you ARE witchy.

You’re probably going to want to keep either a grimoire or a Book of Shadows, but I think it’s important that you keep a spiritual journal, as well. This can be something you carry around with you everywhere and that no one will ever see but you. Put in all your messy, disorganized thoughts, write down any time your intuition is spot on, scribble about your struggles with meditation, whatever. It’s really great to have a record of where you’re at and what you’re doing with your spiritual practice. For one, it’s therapeutic, but for another, it helps you figure out the way forward!

7. it’s okay if your beliefs change

In fact, they absolutely will. My views about working with deities change all the time. My thoughts on reincarnation have evolved the more I’ve thought about it. My personal set of rules has shifted as I’ve grown more comfortable in my craft. Changing your views on one thing or another doesn’t necessarily mean you were wrong before, it just means you’ve got more information now and can make a better decision for the current you. It doesn’t invalidate your past.

8. your book of shadows doesn’t have to be perfect

I need someone to wake me up every morning by yelling this at me through a megaphone. I think we all fall into perfectionism when it comes to our grimoire or Book of Shadows because we want them to be the cool witch books we see on TV. Honestly, though, a grimoire is just for you, no one else, and since all of us are imperfect it’s totally okay for your book to be imperfect too. The most gorgeous grimoire in the world is totally pointless if you never actually use it for fear of screwing it up! If you’re really concerned, though, do what I do and have a million different grimoires that you use for different things and one big main one that you only put the pretty stuff in.

Seriously, y’all. This is a HUGE problem in the witch community, partially because as I mentioned above, cultural appropriation is passed off as a normal part of witchcraft by some of the major authors in the community.

It can be really, really hard to tell at first what’s cultural appropriation and what’s not, but use your common sense and if it’s taken from a culture that’s been systematically victimized over the years, it’s probably not okay to use. I think that Native American spiritualities, in particular, tend to be appropriated, but you can find a way to incorporate basic beliefs into your practice without outright taking from a closed culture – for example, you can say “smoke cleansing” instead of “smudging” or “animal guides” instead of “spirit animals.”

As I said, it can be hard to know what you can and can’t use because so much of witchcraft is a blend of things taken from historical cultures. If you don’t know if something is cultural appropriation or not, look it up. Especially if you’re a white person. We’ve stolen enough from other cultures already.

10. you don’t need to know everything

If I could tell you one thing, it’s this. No one knows anything. If they say they do (or make you feel bad for asking questions) they’re probably a jerk. There are no bonus points for being able to recite every poisonous plant by heart when pretty much anyone can do a Google search to find the same information. I think you’ll be surprised at how quickly you DO learn, and in no time you’ll be able to rattle off all the things rose quartz is good for or what herbs can help an upset stomach. But there’s no pressure to memorize this stuff. In fact, some of the best knowledge comes from DOING the thing. That’s the stuff you end up remembering. You never stop learning in witchcraft, and that’s the beauty of it. The trick is to be comfortable with not knowing, so you can invite more knowledge.

So those are my 10 tips for the beginner witch! I might end up doing part two of this post in the future because I could talk about this for days probably.

Do you have any tips or resources you’d like to share? Let me know in the comments, I’d love to check them out!

0
0
Your Cart
Your cart is emptyReturn to Shop
Continue Shopping
Loading Comments...